Above, the Bosco Verticale, “Vertical Forest” towers in Milan houses 900 trees, 5,000 shrubs and 11,000 perennial plants, which help mitigate smog and produce oxygen. A perfect example of sustainable architecture right here in our city. Elsewhere in Milan the first zero-carbon social housing project in Italy which aims to be zero-carbon by 2050 is already in the works. In Italy, laws stating that a minimum quota of 50% of domestic hot water must be produced using renewable energy sources for end users who own newly-constructed buildings or buildings to be refurbished are already being enforced. *

Living in a house that doesn’t fully meet your needs might have been tolerable when you spent more of your time elsewhere, but a third of the world has been stuck indoors at one time during the pandemic. A lack of space, poor soundproofing, inadequate ventilation and no outdoor access, even to a balcony, are all shortcomings that will have made the weeks and months indoors unbearable for some.

While these problems will seem less acute as lockdowns ease around the world, we should remember them, to encourage us to build better societies after COVID-19.

In order for the UK to meet its climate change commitments, all houses, old and new, must be zero-carbon by 2050. Currently, houses account for about 28% of all carbon emissions worldwide, half of which comes from energy used for heating and air conditioning.

New houses can be built to zero-carbon standards on a cost-competitive basis in the mass market, but currently only a very small proportion are built to better than the minimum legal requirement for energy efficiency. For example, between April 2019 and March 2020 in Scotland, 14,000 new homes were built but just eight achieved the highest “gold level” rating for energy efficiency.

Making new homes zero-carbon is really the low hanging fruit for decarbonising society. In 2050, we will still be living in about 80% of the homes that exist today, so retrofitting these will also be essential. And reducing energy demand in homes has broader benefits, such as reducing fuel poverty.

As the UK government looks to revive the economy post-pandemic, its priority should be laying the ground for a zero-carbon housebuilding boom – one which can create millions of jobs nationwide while reducing emissions and leaving households healthier.

Construction is often trusted to drive national recoveries from economic crises, as it tends to create local jobs and it can regenerate other industries by building new infrastructure. In the UK, the construction industry contributes about £117 billion to the UK economy annually, of which housing is about £38 billion. The sector provides more than 2.5 million jobs and apprenticeships – about 7% of total UK employment.

Yet it is facing a major crisis. Commercial real estate – offices, shops, leisure facilties and factories – always takes a hit after a recession, meaning demand will inevitably remain in the doldrums for some time. This time around, however, there may also be a more fundamental shift.

Businesses are having to rethink how they occupy space safely. Some are actively encouraging employees to continue to work from home, reducing the need for office space. We all know high streets have been struggling for some time too, and the retail sector will suffer further if the rise in online shopping generated by the lockdown continues.

There is also a big question around how hotels, cinemas and theatres reopen with social distancing rules. As a result, it’s difficult to see how commercial property could be a viable part of a recovery plan. In other words, housing will have to take most of the strain. Building new zero-carbon homes and retrofitting old ones could play a big part in driving a recovery.

Read more: A greener economy: how we make sustainability central to business

The housing industry has a broad and diverse supply chain, and its demand is dispersed across the whole country. Homes can be built using a wide range of skills and suppliers, from the traditional carpenter with hammer and saw, through to entire factories producing fully fitted units that are delivered to sites and craned into place.

The work all of this will take – from building and designing zero-carbon homes to installing insulation, double-glazed windows, heat pumps and solar panels in existing ones – can only be done in the UK, unlike many traditional manufacturing and heavy industry jobs which were outsourced in the past. As a result, a national drive to decarbonise housing can form the basis of good, well-paid work within every community in Britain.

An investment for future generations

Everyone needs somewhere to live, and it’s estimated that two billion new homes will be needed globally by 2100. That includes a whole range of accommodation beyond just houses, such as care homes, student flats, and hostels for the homeless.

Sir Bob Kerslake, president of the UK Local Government Association and chair of Peabody, one of Britain’s oldest and largest housing associations, recently made the case that “better housing is key to a healthier Britain”. He argued that the UK has seen death rates higher than elsewhere partially because of our inadequate housing system, and that the most effective way to reduce these health inequalities would be to rapidly increase the delivery of good quality and genuinely affordable housing.

Houses have a lifespan beyond the people who live in them, with each one sold about every 20 years on average. We cannot measure their value purely by the return at the time of each sale. Instead, we must recognise our housing stock is a long-lasting part of a society’s infrastructure, of value to people now and future generations.

This is especially true for decarbonisation, as even a modest increase in the cost of each home’s construction could deliver significant energy savings throughout its entire life cycle.

Focusing efforts on decarbonising housing will ensure the post-pandemic recovery is both green and socially equitable, addressing two of the greatest crises of our time. 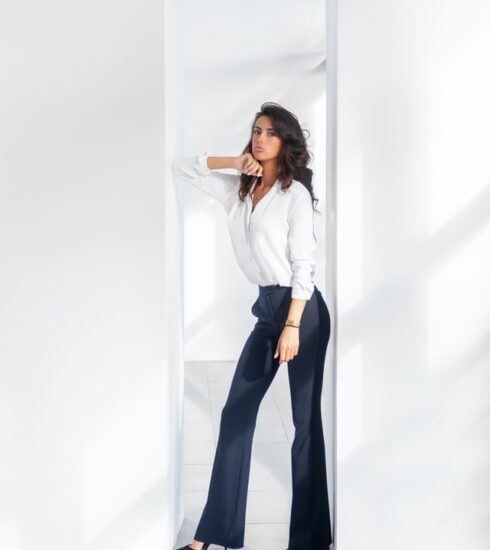 How To Dress Like An Italian Woman In 5 Steps