Discos, clubs, casinos, restaurants, but also museums, exhibitions and recreational activities. One location for the best entertainment in Italy with the intention of globalizing Milan.

After hundreds of millions of euro of public funds have been spent on the 6,300 sq m. area used for the 2016 world expo,  the unanswered questioned today is: NOW WHAT? The international pavilions have been vacated and now the city is trying to figure out what to do.

A university? An urban park? A giant shopping center? New proposals are being considered, but nothing has been decided.

Andrea Langhi, urban architect and professor at Politecnico di Milano, proposes an entertainment park, similar to what Las Vegas, Nevada has developed. Exposition centers, discos, hospitality companies. He has suggested that  entrepreneur and TV personality Flavio Briatore, would be a good candidate to oversee and manage such a project.

Langhi says  “I see two aspects to consider in the Expo redevelopment. The first aspect to consider is the sustainability and viability of economic activities that will settle there. If there aren’t financially self-sustaining companies which can  support the management and maintenance costs of the area, there is danger of bankruptcy.  The second aspect to consider is the “natural vocation” of the Expo area. This area was created with a strong recreational component; entertainment. Expo was conceived as a large theme park, to house millions of people –  with an educational purpose, devoted to entertainment and leisure. The pavilions, with their bizarre and fascinating forms would be ideal for turning them into nightclubs, theaters, restaurants, and casinos.”

The argument for the proposed Entertainment District or  E.district-Milan, is that it would attract audiences, generate income and jobs while taking advantage of an area which already has all the infrastructure needed.

What do you think? 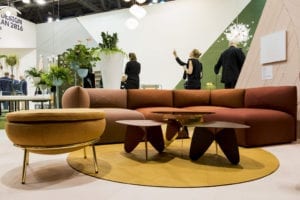 The Salone Internazionale del Mobile,  Milan Design Week is the best and largest exhibition in the design calendar, showcasing the hottest and most influential figures in the architecture, furniture, and interior design world.  > Read more