Walking out of Central Station Milan from under the domineering gallery of this overwhelming building, a large spacious plaza opens to the boulevard heading into the center of town.

In the plaza in front of  Central Station Milan, there is a giant, white Apple with a bite that has been repaired with steel stitching. A sculpture by Michelangelo Pistoletto which had been donated to the city of Milan in honor of the food and nourishment themed Expo of 2015.

[Are you looking for the Apple Store in Milan? Located at Pizza Liberty, click here ] 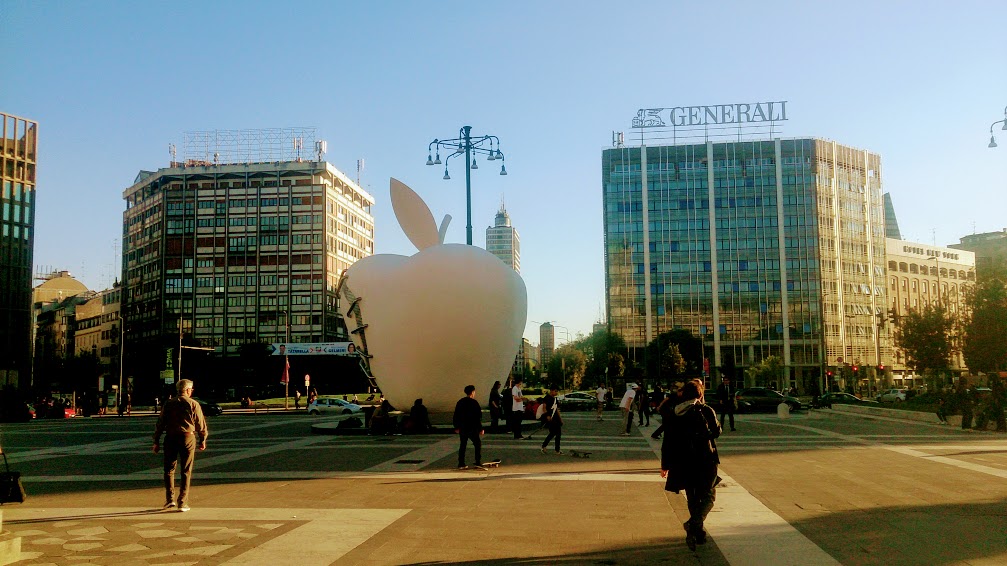 The sculpture is 8 x 8 meters high and weighs 11 tons. It is made of a steel structure covered in powdered marble and clay plaster. The stitching is made of stainless steel bars. According to Corriere, a variant of the apple was in Piazza Duomo and covered in grass during the expo and subsequently vandalized; the headline stated the apple  was “Peeled by vandals”. The Italian title of the sculpture is “La Mela Rintergrato” – “The Apple Made Whole Again” * and according to an interview with the artist in Panorama, the sculpture represents nature and the use of modern technology to save and replenish what has been lost. The apple has always been a symbol of life and the bite is what we have lost and must repair.

* Many translations use “the reintegrated apple”, but the Fondazione Pistoletto uses the more appropriate title “The Apple Made Whole Again”.

See the video of its construction: 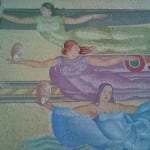 The History of Central Station Milan

The original Central station stood at what is now the nearby Piazza della Repubblica. The station we use today was opened in 1931 . Designed and constructed by … read more

If you need to stay overnight, there are a number of hotels and hostels near Central Station:

Article and Photos by Celia Abernethy