Beyond Milan Living in Milan

The Italian word for toilet (the part you sit on) is “water” pronounced “vater”. If you are looking for the toilet (the bathroom, the loo) then you will want to ask for “il bagno” pronounced “eel banio”.
This is a chapter of the book “Living in Italy: the Real Deal – How to Survive the Good Life”: a compilation of
60 hilarious short expat stories about the adventures of two Dutchmen and their dog in Italy. The author, Stef Smulders moved to Italy in 2008 and runs  Bed & Breakfast Villa I Due Padroni in the Oltrepò Pavese wine region, 40 miles south of Milan.

In Italy, just like anywhere else, you need to visit the public facilities (at bars, restaurants, theatres, universities, etc) now and then. This can become quite an adventure for the toilet trainees just starting out, although even advanced toilet-goers experience regular set backs.

To start off with, you need to locate the toilet. If the segnalazione, signs, are not satisfactory (and that is often the case), you are faced with the task of asking a member of staff or others present to direct you to the shortest way to the facilities. “Could you tell me where the toilets are?” How do you say this in Italian without making a blunder? The notion ‘WC’ won’t cut the mustard here, even if you knew how to pronounce this in Italian (“doppio vee tshee”). With a cry of distress “Toilette?” you will have more luck, even though uttering this single word doesn’t make a very good impression. Italians call the toilet il bagno, an expression that’s often misused by Dutch people who are trying to find the bathroom. Because Italy is essentially the country of gesture, theatrical hand wringing will suffice too.

Once you arrive at the toilet, you have an existential choice to make: man or woman. Even if you you are in no doubt about this (you can always check your passport), you may still encounter another obstacle: commonly, there is no clear picture of a little man or a little woman on the respective doors. With some luck there might be some writing: ‘Signore’ and ‘Signori’ on the doors. But even this can often give rise to panic. Which is the one for ‘Ladies’ and which one is for ‘Gentlemen’? They both seem masculine, don’t they? For heaven’s sake, why can’t they write ‘Donne’ on the door of the women’s one? That would at least be recognisable to the uninformed foreigner. You could hang around nonchalantly until you see someone disappearing into or reappearing from one of the doors, and use that information as an indicator for which one is which, but what to do if your need is urgent and the toilet traffic ‘sparse’? This is why you need to know (and don’t forget this!) that the feminine plural of most common Italian nouns ends in ‘e’ and the masculine plural usually ends in ‘i’. There are exceptions, but with regard to toilet facilities. There the rules are strictly observed. Even in Italy.

Finally you can drop your pants. Whoa, hang on, not so fast! Experience teaches us that you never quite know what you’re going to find behind the toilet door. First of all the question is how complete is your privacy? Can you actually lock the door? No, often the original lock is out of order but if you are lucky the door can be locked by a DIY mechanism (hook, string), improvised by someone in need. In most cases, there is no such luck and there is no key, the whole hanging- or hooking- system is gone or maybe there was never a lock in the first place. Anything is possible. Even in brand new toilets in shiny new buildings you can find yourself up the proverbial creek without a paddle: a toilet door fitted with a traditional lock… but without the key. If the door can’t be locked but the cubicle is so small that the toilet is close to the door, it’s still ‘not the end of the world’. As you are sitting you can hold the door shut with a hand or a foot. In case, against all hope, someone happens to walk in, you keep hold of the door and shout out anxiously: “Occupato! Occupied!” (something to remember!)

Sitting? That’s the next question: can you actually sit down? Although most Italian toilets are of the ‘bowl’ variety, you can still come across the occasional bagno alla turca. This may sound like an exotic oriental piece of music, but in reality it is the infamous ‘hole in the ground’: the squat toilet. If the door can’t be locked and you discover one of these Turkish squats behind it, you have no hope left. At this point there are a number of possible scenarios, one more humiliating (for the victim) and funnier (for the spectator) than the other. I will leave it to the aspirant toilet-goer to use his/her imagination to fill in the details. If the door can be locked, there are still plenty of potential stumbling blocks.

Using the Turkish beast can lead to a lot of fuss involving trousers, underpants, vests and shirts, as well as a balancing act to stop you disappearing through the hole (although we are not that skinny any more). Successful completion of ‘business’ depends on a laborious co-operation between the producer hole and the recipient hole. Cramp in your thighs, calves and tendons is a certain consequence; wet socks, trousers and shoes are a very real possibility resulting from these efforts. Or as one Internet user guide has put it:

Entertaining – but slowly disappearing – phenomenon in Mediterranean countries.
The use of the ‘gabinetto alla turca’ is very hygienic
as long as one knows how to aim. For people without experience,
the adventure often ends in wet socks.
Tips: try, instead of only bending your knees slightly, to lower yourself completely into a squatting position,
and keep your head facing the door.

The last piece of advice contributes the necessary hint of humour and relaxation in this difficult predicament: if the door unexpectedly swings open, you can laugh the laugh of the innocents, because your head is pointing towards the door. But it can get worse (there is a type of squat toilet which stands on a small platform which makes it impossible to squat above it without completely removing your trousers. Imagine the door flying open whilst you are occupying that one…).

Thank goodness, there’s a toilet bowl, you think to yourself, if the dreaded squat toilet doesn’t materialise. But what kind of a bowl? Is there a toilet seat? Il water, as the toilet bowl is called in Italian (derived from water closet) is rarely equipped with a seat (an asse). If there is a toilet seat, it will be standing sadly in a corner (as a punishment), or under lock and key on the wall (no touching), or it’s broken (with chunks missing), or it’s loose, or it’s too wet and disgusting to sit on. The last option is often a result of the fact that most toilet seats can’t be put up: they promptly fall back down into place because the cistern is in the way. We must conclude that the Italian doesn’t get the purpose of the toilet seat: he regards the toilet bowl as a noteworthy variation on the squat toilet, one which is raised but which is not meant to be sat on. Who came up with something so stupid, you can hear him think.

With some luck, we might be able to improvise something near to a sitting position and perform the big deed in peace. It will have to happen in the dark, because the energy saving system is usually activated after 30 seconds, the on/off switch is out of reach, or the motion detection sensor is broken. If you have spent your penny by then, then the worst is over. There is often no toilet paper, but of course you’ve already taken care of that, because you’ve learnt from past experiences (always check first if there’s any paper!). The Italian doesn’t use paper, that’s what the bidet is for. That crazy little bath that Dutch people use to wash their feet in. It’s a shame that in precisely those places where they are the most needed, i.e. in public toilets, you will hardly ever see a bidet. The rest I would rather leave to your imagination.

Flushing takes some imagination too: push buttons on the cistern are either broken or have been replaced with buttons on the walls or some sort of foot pedal. And sometimes the automatic cleaning system gets activated and the toilet seat starts turning underneath you whilst you are still busy, but only a spoilsport would let that bother them. Washing your hands, as you always promised your mum you would do, is not always possible. Soap is rare, although water is usually available. Sometimes you can operate the tap very hygienically with foot pedals, but don’t count on there being any paper towels to dry your hands with. Or maybe there are, because it’s possible that you have washed your hands at the wrong sink. Interestingly enough, Italian public toilets often have two different rooms with sinks and only when you are leaving do you realise that the second room did have soap and paper or an electric hand-dryer. Then you also suddenly find out that the door of this toilet can be locked. Going to the toilet in Italy remains a lonely and stressful exploit!

The book is now available at a.o. Living in Italy: the Real Deal – Hilarious Expat Adventures

is available on Amazon as a paperback and as an ebook.

Stef Smulder, the author moved to Italy in 2008 and runs a Bed & Breakfast Villa I Due Padroni in the Oltrepò Pavese wine region, 40 miles south of Milan.

Stef Smulders was born in The Netherlands in 1960 and moved with husband Nico and their dog to Italy in 2008 to start bed-and-breakfast Villa I Due Padroni in the beautiful wine region Oltrepò Pavese south of Milan. In 2014 he published his first volume of short, anecdotical stories (in Dutch) about daily life among the Italians entitled "Italiaanse Toestanden". It was well received by readers, leading to a second volume of witty anecdotes. A third volume is to be published spring 2017. The English translation of his first book is about to become available as "Living in Italy: the Real Deal".

5 Tips for Backpacking through Italy 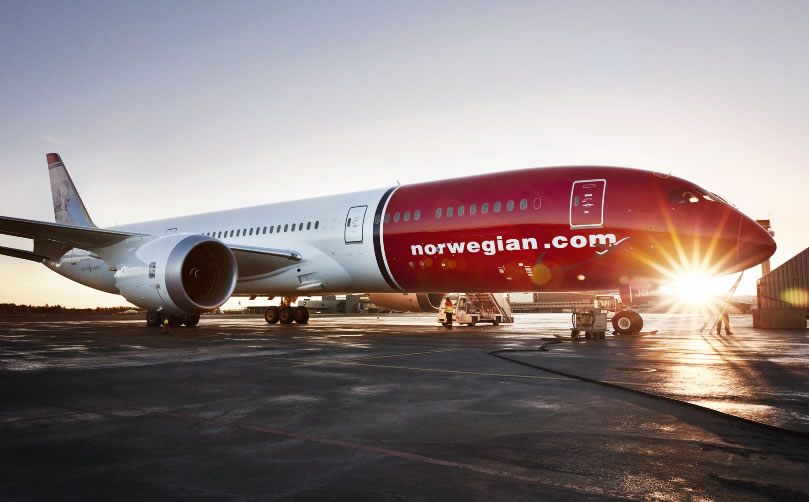 Daily Life in Italy After Lockdown