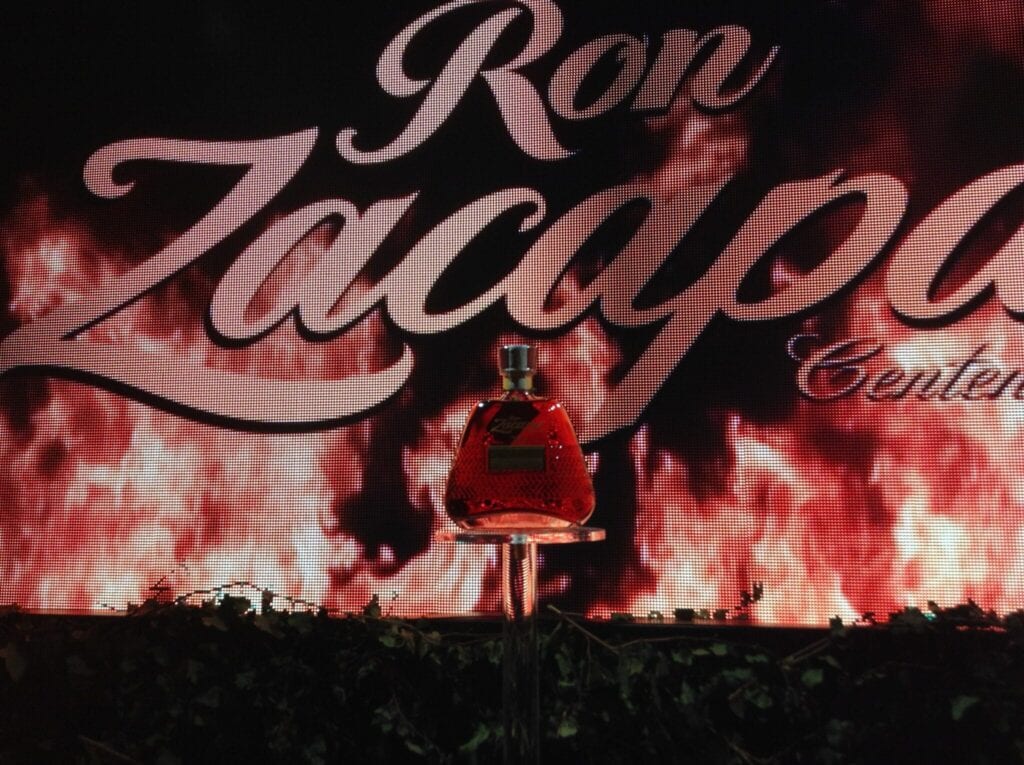 Get the newsletter
In an oblong room with about 10 people, I was virtually transported to Guatemala, I have to admit that it was a pretty enhancing experience, except for the fact that the temperature in the room was that of a Guatemalan Summer. We put on our headphones and covered our eyes with one of those sleepy things you get on the airplane. Then all of a sudden, the bottle of RON ZACAPA XO Centenario started talking to us, guiding us across the sugarcane fields and through the making of his exceptional rum. I don’t know what was happening behind the scenes because I had my little eye covers on, but I could literally smell the fields at sugarcane at harvest and then the fresh air as we walked over the volcanic terrain.
When we took off the mask it was time for tasting. I was a little surprised by the mini portions we were served because the rum was so good “HA”, but just enough to complete the voyage. It was so velvety soft in my mouth that with each drop I could distinguish an individual flavor. Drop #1. I tasted the vanilla: Drop #2, I tasted the nutmeg: Drop #3, I tasted the apricots. Altogether, a creamy sensation to experience. I had the amazing opportunity to spend some time with Franco Gasparri ( he has, in fact, the best palate for VIP Luxury Liquor of any grain 🙂 Then “lecturally” to “write” the total “trilogy” of Zacapa we tasted 3: Ron Zacapa Centenario 23 años, Solera Reserva 15 años and the XO, while listening to F. Scott Fitzgerald. What a great cocktail : Zacapa whirled with a twist of Poetry:
Read the poem below while sipping Zacapa and you will feel the same literally warming experience:
“He smiled understandingly-much more than understandingly. It was one of those rare smiles with a quality of eternal reassurance in it, that you may come across four or five times in life. It faced–or seemed to face–the whole eternal world for an instant, and then concentrated on you with an irresistible prejudice in your favor. It understood you just as far as you wanted to be understood, believed in you as you would like to believe in yourself, and assured you that it had precisely the impression of you that, at your best, you hoped to convey.”
― F. Scott Fitzgerald,

Melanie Payge - personal stylist and assistant. Melanie is our special guest fashion blogger. After working for years in the luxury fashion industry and fashion publishing, today, Melanie is a private consultant and stylist. She knows Milan inside and out and can organize special shopping tours and showroom visit. www.melaniepayge.com

:: About MilanoStyle.com
:: Get the newsletter
:: Disclosure & privacy policy
:: XML site map
Milanostyle.com is a private blog about travel, style, culture, and traditions in Milan and Italy.This is not the official tourist office website. Milan tourist office is www.comune.milano.it
%d bloggers like this: