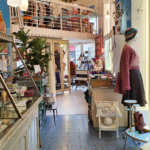 2022 promises to be a year full of exhibitions and events in Italy! There are many concerts, anniversaries to celebrate and sporting events, salons and festivals of inspiring culture not to be missed.

This page will be updated periodically, check back again soon or click the bell 🔔to get notifications.

The new year opens with the theatrical work “I Capuleti e i Montecchi” by Vincenzo Bellini at La Scala in Milan, from January 18 to February 2 (teatroallascala.org).

Also, in Milan, on January 14 – 18, Men’s Fashion Fall-Winter 2022/23 is back. The dates are to be checked as some big brands, due to Covid, have already given up participating (cameramoda.it).

The Women’s Ski World Cup will take place in Cortina d’Ampezzo from January 22 – 25. Two days of competitions: Olimpia delle Tofane will host first the downhill and then the giant slalom. On January 25, the Women’s Giant Slalom will be held in the Plan de Corones area on the San Vigilio di Marebbe slope (physi.org).

Moving on to art, at Palazzo Martinengo in Brescia, from January 22 to  June 12, there will be the art exhibition “Women in art, from Titian to Boldini” (amicimartinengo.it).

Still on the subject of art, from February 1 to May 31 at the Palazzo Reale in Milan, female beauty is celebrated with “Titian and the image of woman,” with paintings by Vecellio, Tintoretto, Veronese and Palma il Vecchio (palazzorealemilano.it).

From February 12 to March 1, with details yet to be announced (but to be followed on the official website), the superb and colorful Carnival of Venice will take place: the Flight of the Angel is on February 20 and on the 28th the most beautiful mask will be awarded (carnevale.venezia.it).

From February 17 to July 24, Anicka Yi, an American-Korean artist who has triumphed in recent months at the Tate Modern in London with her alien jellyfish, arrives at Hangar Bicocca in Milan. She will bring a retrospective of over twenty works of art to the Hangar (pirellihangarbicocca.org).

If you love fashion, the Fall-Winter 2022-23 women’s fashion shows will light up the salons, showrooms and squares of Milan from February 22 – 28 with brands and celebrities. (cameramoda.it)

The same week, the “Slow wine fair” event will be held in Bologna from February 26 to March 1. Thousands of wineries from all over the world are invited, in the name of “good, clean and fair” wine, including masterclasses, markets, exhibitions and conferences (slowinefair.slowfood.it).

From March 16 to July 31, the exhibition “Chagall, a story of two worlds” will take place at the Museum of Cultures in Milan. The works of art, coming from the collection of the Israel Museum in Jerusalem, are an excursus into the complex life of the Russian artist of Jewish origin who lived a long time in Provence (mudec.it).

A major exhibition on Giuseppe Verdi’s Aida arrives at the Egyptian Museum in Turin from March 17 to June 5, 150 years after the European premiere at La Scala (museoegizio.it)

From March 19 to July 31, Palazzo Strozzi and the Bargello Museums in Florence celebrate Donatello with a large exhibition (palazzostrozzi.org).

Also in Florence, at the Fortezza da Basso, from March 26 – 28, “Taste” is the festival that brings together the best chefs for conventions and show cooking. (taste.pittimmagine.com).

On March 27, the Rome Marathon, the essential Italian running event, will take place in Rome. An event not to be missed for all runners. (runromethemarathon.com).

From March 31 to July 31, at the Hangar Bicocca in Milan, the spotlight will be on the American director Steve McQueen, including photos, videos and documents (pirellihangarbicocca.org).

In Venice, from April 9 to September 26, in the Peggy Guggenheim Collection, a vast retrospective on “Surrealism and magic” of international scope will open (guggenheim-venice.it).

From April 10 – 12 in Verona, the “Vinitaly,” the most significant Italian wine event, also returns. (vinitaly.com).

In theme with food and wine, in Milan, from April 21 – 23, at MiCo, is the great celebration of chefs and author’s cuisine with “Identità golose.” The theme of the culinary summit: “The future is today” (identitagolose.it).

In Venice, at the Giardini della Biennale, from April 23 to November 27, “The Milk of Dreams” is the title of the Art Biennale, a tremendous international event with the latest trends in contemporary art (labiennale.org).

On the other hand, if your passion is for engines, from April 23 -24, the Imola Formula 1 Grand Prix engines will be revved up for the races. (formula1.com).

While from May 2 -14, the International BNL of Italy Tennis Tournament returns to the Italic Forum in Rome, with all the greatest international tennis players (internazionalibnlditalia.com).

Cycling lovers can not miss this event: the 105th Giro d’Italia will take place May 6 – 29, starting in Budapest and arriving at the Verona Arena on May 29 (giroditalia.it).

Returning to music, May 10 – 14, the Eurosong Festival, a festival and show of European song with a massive following throughout the world, will be hosted for the first time after over 30 years in Italy, at the Palaolimpico in Turin (eurovision.tv).

For avid readers, the Salone del Libro (Book Festival), the publishing festival, will take place at the Lingotto in Turin from May 19 -23 (salonelibro.it).

The Mugello MotoGP Grand Prix finals will be held May 27 – 29, near Florence (motogp.com).

This year, the beautiful city of Urbino pays homage to Federico da Montefeltro’s 600th anniversary: ​​the exhibition on the Lord of the Renaissance opens at the National Gallery from June 23 to October 9 (vieniaurbino.it).

The Palio di Siena on July 2 is not to be missed, with the traditional horse race and period costumes (terredisiena.it).

The official dates are still to be announced, but, after the past two years’ limited editions, the summer Umbria Jazz Festival will most likely be back in the main squares of Perugia, between July 8 – 17 (umbriajazz.it).

Into swimming? The European Swimming Championships in Rome will be held August 11 – 21. The competitions will be held both in the pool and the open water in the sea of ​​Ostia (federnuoto.it).

On the court, September 2 – 8, at the Assago Forum in Milan, the Italian men’s basketball team participates in the European Basketball Championships with the elimination rounds against Greece. The final phase will be held in Berlin from September 10 -18 (fiba.basketball/eurobasket/2022).

The MotoGP World Championship will take place on September 4 – 5 in Misano Adriatico (motogp.com).

On September 12 – 13, the Formula 1 GP in Monza: Italy is the only country in the world that will see two Grand Prix of the top car competitions in 2022 (monzanet.it).

At the Hangar Bicocca in Milan, from September 15 to February 26, 2023, there is Bruce Nauman, American star of neon art and video art (pirellihangarbicocca.org).

The Venice Film Festival opens in mid-September, reaching its 79th edition (dates and details to be announced on labiennale.org).

Also, in mid-September, in Turin “Terra madre – Salone del Gusto,” the most outstanding Italian food and wine event (info and updates on terramadre.info).

On the other hand, if your passion is antiques, from September 24 to October 2 in Florence, Palazzo Corsini hosts the Biennale of Antiques (biaf.it).

October, November, December what to do and see in Italy 2022

At the museum of Palazzo Ducale in Genoa, from October 6 to  January 22, 2023, the baroque of Peter Paul Rubens triumphs, with works from all over the world (palazzoducale.genova.it).

For comic book lovers, “Lucca Comics & Games” is back from October 27 to November 1, a mega-festival of comics, board games, cosplayers and videogames (luccacomicsandgames.com).

In Milan, from November 1 to March 31, 2023, for the first time, Hieronymus Bosch, the great Dutch artist of the fifteenth century, is hosted at Palazzo Reale, with an exhibition event with paintings never before seen in Italy (palazzorealemilano.it).

Art lovers should not miss Artissima, November 4 -6, the contemporary art fair in Turin, with satellite events Paratissima and The Others (artissima.art).

Also in Turin, in mid-November, at the Palalpitour, the Nitto ATP finals are back, the show of the top 10 tennis players in the world (nittoatpfinals.com).

Finally, in December the Christmas season begins with lights, fairs and markets. Markets are held throughout the country. Click here for our guide on the Best Christmas Markets in Northern Italy.