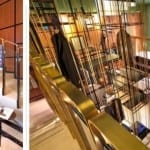 Milan has secrets in every nook and corner. While you are walking around looking at the famous monuments and treasures of Italy’s  fashion capital, here are a few unusual, gory anecdotes, tragic stories and a few unpopular facts about Milan. Galleria Vittorio Emanuele –  A deadly fall from the glass dome

Galleria Vittorio Emanuele is one of the most beautiful covered galleries in Europe. Building began in 1865, it was the first of it’s kind to make use of an iron and glass structure. In 1867, Giuseppe Mengoni, the architect, fell to his death from the heights of the glass dome while scrutinizing decorative details two days before King Vittorio Emanuele led the opening ceremony. Piazza San Fedele and the statue of Manzoni

Found between piazza Duomo and Via Manzoni, San Fedele has become a traditional lovers’ meeting place. (see 10 Great Places for Kissing in Milan)

There is a statue of Alessandro Manzoni, author of Italian literary masterpiece “I Promessi Sposi” -”The Betrothed“, a dramatic story of two lovers set in 1628, a time of war, famine, and plague.

On 6 January 1873,  Manzoni had been helping with restoration at the San Fedele church. While leaving the San Fedele church he slipped on some ice and violently hit his head on the steps, and died after 5 months of cerebral complications caused by the accident. His funeral was celebrated in the church of San Marco (not San Fedele). He is buried at  Cimitero Monumentale in Milan among other important citizens and royalty of Milan.

Moved by the death of his compatriot Alessandro Manzoni, Guiseppe Verdi wrote the Messa da Requiem in his honour, in 1874.

Grand Hotel et de Milan in Milan, in Corso Manzoni Guiseppe Verdi suffered a stroke on 21 January 1901 and  died a week later. He was initially buried at  Cimitero Monumentale but a month later, his body was moved to the “crypt” of the Casa di Riposo per Musicisti (musician’s rest home).

Once upon a time there was a museum of antique arms and criminology near the  Sant’Ambrogio church which also housed antique torture devises. The door and sign are still out on the building. But, after 53 years of entertaining tourists and history buffs, the Milan city council decided to close the museum down. The councilor at the time stated it was “…It’s not ‘educational, not’ useful ” and “..a shameful thing to be exposed“. Much to the dismay of many citizens which had fought to preserve the history and relics of mid evil Milan.  No one seems to know what happened to the items that were on display. The big question is: Are they still in there gathering dust or have they been sold to private collectors on ebay? 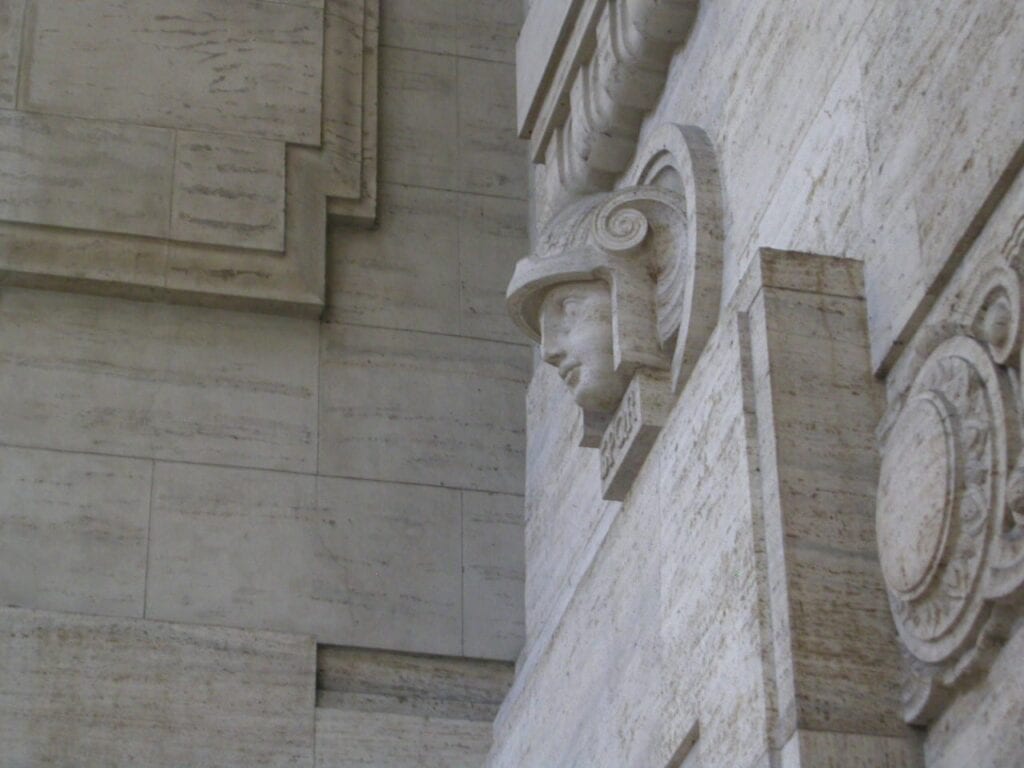 Besides the fact that Benito Mussolini had decided that Stazione Centrale should become an icon of his fascist regime (1922 until 1943), Binario 21 (track 21) has a particular and very sad history. On Jan 30, 1944, 650 Jews, 40 of whom were children, who had been jailed and detained at the San Vittore Prison under fascist law were sent off to Auschwitz. Only about 20 of them returned to their hometown Milan. A young woman by the name of Liliana Sergre was among the survivors and has left her testimonial for future generations.  A previous  train holding 250 Jews had left a month earlier as well as an additional train the following May 1944.  A museum with a wall memorial with the names of the Italian victims now stands and commemoration ceremonies are held to mark the Shoah. Read more about Milan Central Station Chapels dedicated to victims of the Plague

The dreaded disease of the late Renaissance period hit Milan from 1629 through 1631 .
Today, we know it was the bubonic plague but in those days it was a curse beyond curses, it was the devil himself.  According to Wikipedia, Milan suffered approximately 60,000 fatalities out of a total population of 130,000.

Throughout Milan, mostly in the historical center and in the Naviglio canal area, you will see a small chapel, many times it looks like a prayer station with a statue of the Virgin Mary. If you look closely, you may see a chamber with real skulls and bones.

From Wikipedia, the free encyclopedia San Bernardino alle Ossa is a church in Milan, northern Italy, best known for its ossuary, a small side chapel decorated with numerous human skulls and bones.  In 1210, when an adjacent cemetery ran out of space, a room was built to hold bones. A church was attached in 1269. Renovated in 1679, it was destroyed by a fire in 1712. A new bigger church was then attached to the older one and dedicated to Saint Bernardino of Siena. Photo: One wall of the ossuary, by C. Abernethy

Legend says that in the small church of San Bernardino alle Ossa, in via Verziere, it is said that on the the anniversary day of her death a young  girl whose remains are preserved there, appears annually. see more photos And last but not least – Legends of Ghosts in Milan

Legend says there is the ghost of the La Dama Velata , the Veiled Lady. Her origin and name are a mystery. She appears in at the Sforza Castle and in the park behind it,  Parco Sempione.  She is searching for her long lost companion.

Another legend says that in the small church of San Bernardino alle Ossa, in via Verziere, it is said that on the the anniversary day of her death a young  girl whose remains are preserved there, appears annually.

The ghost of Simonetta Celia with her young lover appears at Villa Simonetta, a Renaissance patrician villa in via Stilicho, 36 which is now  the Municipal School of Music.

Every once in a while the  ghost of the infamous opera singer  Maria Callas, occasionally appears on stage at La Scala Opera House. She was a Greek/American but found her home in Milan at La Scala Opera house and apparently, did not want to leave. 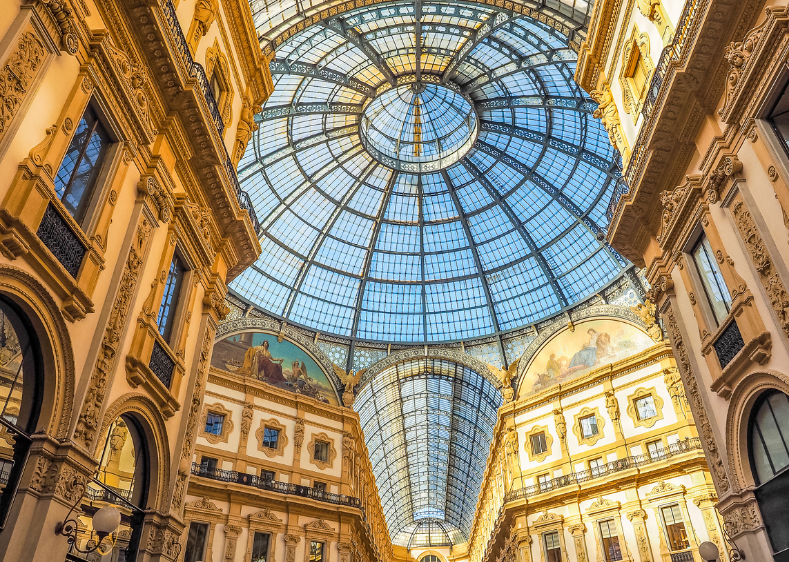