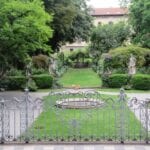 Looking for quick and easy day trips to do from Milan? You don’t have to travel far to see and experience some of the most beautiful places in Italy. Retired physician and travel expert from Tel Aviv, Eric Bergman shares his memories and tips on traveling near Milan. He has traveled to about 70 countries and lived in Italy, Israel, USA, Germany, and Romania. He has been active in the travel industry for more than 43 years.

How I came to live in Milan…

And here began my love story with Milano and Italy.

I arrived without knowing a word of proper Italian and suddenly I had to go around a strange city looking for an apartment to live in. It was an adventure which is very difficult to describe, but full of excitement and a lot of travel.

I didn’t want to waste one single moment of this unique opportunity and experience, so I made it my mission to travel as much as I could.

My first trip was to the city of Pavia, a town in south-western Lombardy, 35 km south of Milan on the lower Ticino River near its confluence with the Po. You must see the Ponte Coperto also known as the Ponte Vecchio. It is a stone and brick arched bridge spanning the Ticino River in Pavia, Italy. It was an ancient bridge dating back to 1354 but was heavily damaged during the war in 1945 and later rebuilt. The new bridge is based on the previous one, which had seven arches instead of the current bridge’s five. The current bridge, like its predecessor, also bears a chapel.

I then continued to explore the spiritual surroundings of Certosa di Pavia, a magnificent piece of architecture dating from 1386, one of the largest monasteries in all of Italy. The church was covered at the behest of Francesco Sforza in 1462, while the large cloister was finished in 1472, consisting of brickwork arches supported by marble columns.

The facade of the Certosa is decorated with a series of medallions with heads of ancient historical and legendary characters that form the base. Higher up you can see scenes from the life of Christ, the Old Testament and figures of Saints and Prophets. The interior of the church retains its original gothic structure, inspired by the Milan cathedral. Its three naves are covered with vaults decorated with starry skies and figures of saints and the Carthusians. The frescoes dedicated to the families of the Sforza and Visconti are located in the left transept. Another beautiful work is the tomb of Ludovico and Beatrice d’Este, made by Solari.

The Certosa di Pavia opened its museum to the public for the first time in 1911. The ground floor of the Certosa Museum features a display of about 200 plaster casts of the reliefs that appear on the façade, the cloisters and other parts of the monastery. The first floor contains a display of hangings, sculptures, altarpieces, paintings on wood, marble reliefs and portraits of members of the Visconti and Sforza families.

Local dishes are il risotto alla certosina and l’anguilla alla borghigiana, if you have time, do a food tour or cooking class and learn the secrets of local cuisine.

At the time, I had other friends who studying medicine at the Pavia University. What fun we had! I returned several times to Pavia after that, what good memories!

Another trip I took was to Lake Como, located right on the hills bordering Switzerland, Lake Como also has a hint of Swiss beauty in its landscapes and towering mountains. In fact, Lake Como has always been a popular holiday destination for aristocrats and the wealthy during its earlier days.

You will come across stately looking villas and sprawling ornate gardens that were once a part of its rich history. A walk down Lake Como’s cobbled-stone lanes is sure to take your breath away with its picture-perfect topography. In fact, the unspoiled nature and the unperturbed greenery is now gaining momentum with shutterbugs who wish to spend some time in the lap of nature. The off-the-beaten destination and proximity to Milan makes Lake Como a perfect place to escape for a day. Como sits at the southern end of the western branch of Lake Como in northern Italy. It’s the most important town on the lake, with a long history, lively streets and a busy waterfront.

There is plenty to do and see, even if you are simply passing through, it is worth taking a short time to see the town center.

I also took a side trip to Bellagio, the most beautiful and scenic villages on the south side of the lake.

Of all the lakeside resorts, Bellagio has a unique position on the promontory where the two branches of the lake meet. The streets in town are lovely arcades where cafes and restaurants afford shade and shelter from the elements. Just a few minutes from the center of town you come to one of the two gardens open to the public, Villa Melzi. Heading inland away from the central waterfront, stone staircases and cobbled lanes rise up the hill in a tight little network separating the lakeshore upper town main street, Via Garibaldi. This is a pretty lane where you’ll find more shops, cafes and also Bellagio’s main town square, Piazza San Giacomo, or Piazza della Chiesa.

I also had the privilege to visit Varenna, an attractive village on the eastern shore of Lake Como, looking over the central part of the lake towards Bellagio. Varenna’s picturesque lanes and old fishermen’s houses are unpretentiously charming, and some visitors prefer the town to its grander neighbors. Although Varenna is a tourist destination, and the pretty waterfront and tiny stone beach fills up with holidaymakers in summer, it somehow has a more authentic air than the other hotel-packed towns and villages. The main tourist activities in Varenna are relaxing by the lake, and visiting the gardens of two villas, Villa Monastero and Villa Cipressi.

It will remain in my heart as one of the most beautiful places I have ever visited.

The third destination I really wanted to visit was Vigevano –why? It was, and still is, the capital of shoes! All the best handcrafted shoes come from Vigevano, and there is a shoe museum! I admit I have a weakness for Italian shoes. I often arrive with just the ones on my feet and leave with quite a few new pairs. Vigevano is a major center of shoe production in Italy, and the shoe industry overtook the town after World War II, causing its population to ‘explode’ from 17,000 in 1861 to over 65,000 today. In Vigevano shoe making there is not only and art but a way of life and livelihood.

While traveling in Italy I loved discovering Italian towns with a vibrant atmosphere, cities with very few tourists, Vigevano is one of those. In fact, it’s main square (see point 3, below) is often referred to as one of the most beautiful and least known squares of the Italian Renaissance.

At only 35 km away, Vigevano makes a great day trip from Milan. Hop on the train and you’re there in 30 minutes. Spend most of a day, and you’re back in Milan for dinner.

The main square, called Piazza Ducale and the tower by Bramante are architectural gems built during the Renaissance. Leonardo Da Vinci was a guest in Vigevano and worked with Bramante, leaving his mark on the town as well. Vigevano’s castle, the Castello Sforzesco, is one of Europe’s largest. If the name of the castle rings a bell, note that Milan’s castle is also called the Sforza castle – built (or more accurately, rebuilt) by the same family, the Sforzas.

These are just 3 suggestions for day trips outside Milan- there are so many more!

Article by Eric Berman for MilanoStyle.com 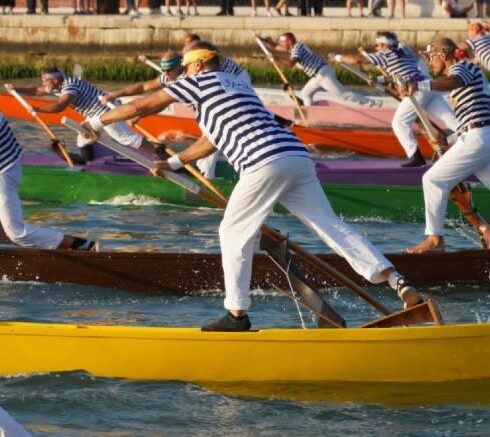