Ah, heat. There is nothing like sitting in a warm massage pool looking out to a snowy panoramic view. You can soak in the hot waters and if you’re brave enough, do a snow scrub and jump back in! If only I had the  luxury of time to visit them all! (All are open in the spring/summer seasons too!)

Bormio is famous for both skiing and its hot springs and natural thermal baths. Situated north of Milan.

By bus – In the winter season there are shuttle buses from both Malpensa and Bergamo airports to Bormio (Book the airport bus here: www.mtbus.it)

Take the shuttle bus to Milano Centrale and then  book a train to Tirano (2.5 hour train ride). From Tirano there is a short buss trip to Bormio. (Note: do not confuse Tirano train with the Torino train!)
By car from Milan, you can take autostrada, highway 36 to Colico to the strada statale, state road SS38 “Stelvio” to  Sondrio to Tirano to Bormio (about 210 km, about 3 hours). These roads are open all year.
Please note: other routes via Gavia Pass or Stelvio Pass are ONLY open in summer, due to ice they are closed in winter.
Ski and spa combo tickets are available for the slopes and the baths.

Find hotels in Bormio on Booking.com 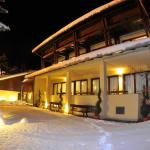 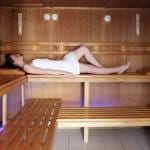 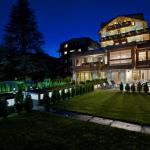 For sure, you have had the San Pellegrino sparkling mineral water served in a green bottle, but did you know it is a natural spa only a 40 minute drive from Bergamo Orio al Serio airport? The QC San Pellegrino spa  is in two palatial buildings with over 30 spa practices made of panoramic pools, showers, saunas, steam baths and a solarium garden.

By Bus – There are no direct trains. You can take an airport bus to the Bergamo train station and then across the street from Bergamo station there is a bus terminal. Take the bus to San Pellegrino-Ruspino.
By car from Bergamo – Rent a car at the  airport,  take the strada statale, state road SS470 to San Pellegrino (40 minute drive).

By train and bus– From Milan, there are no direct trains. You can take a train from Milano Centrale to  Bergamo train station and then across the street from Bergamo station there is a bus terminal. Take the bus to San Pellegrino-Ruspino.
By car from Milan–  taking the autostrada, highway A4 toward Trevilio and then get the the strada statale, state road SS470 to San Pellegrino. 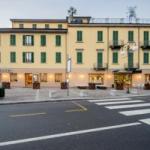 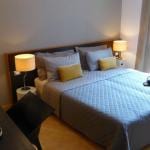 Airlines that fly to Tornio: Alitalia, Air One, RyanAir, Air France, British and Lufthansa.
By bus – There is an airport bus to Pré-Saint-Didier, but if you are staying in one of the local towns nearby, tell the driver and he will indicate where it’s best to get off.
(Not) By train – there is a train station, but for some reason Trenitalia does not offer trains at the moment.
By car from Torino – You can arrive in Pré-Saint-Didier by car from Tornio  on the autostrada, highway A5  or Milan from Milan the A4 to the A5.

Find hotels in Pré-Saint-Didier with Booking.com Curative thermal baths of mineral rich waters from the Monte San Vigilio/Vigiljoch mountain source said to have beneficial effect for chronic respiratory diseases and rheumatic joint problems.  The spa is open 365 days a year, and includes 25 pools indoor and outdoor, saunas as well as other spa and massage treatments. Merano Terme is near Bolzano in South Tyrol, Italy. 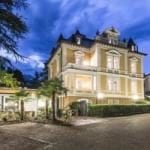 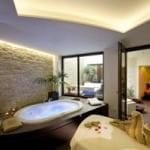 Take some time-off for a long, winter weekend getaway to Italy for a winter thermal bath spa, wellness and beauty treatments and good old fashioned relaxing!