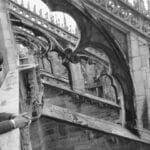 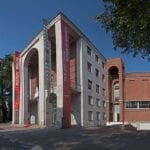 The Last Supper is the final meal that, in the Gospel accounts, Jesus shared with his apostles in Jerusalem before his crucifixion.  The Last Supper provides the scriptural basis for the Eucharist, also known as “Holy Communion” or “The Lord’s Supper”.

Leonardo da Vinci’s materpiece was painted between 1494 and 1498 under the rule of Ludovico il Moro. Rather than using the traditional Fresco techniques of the time, da Vinici used the “a Secco” method to complete his work. However, it has been discovered and documented that this technique along with enviromental factors has contributed to the eventual deterioration of the fresco, thus requiring numerous restorations.

The most recent restoration was in 1999, where various scientific methods were used to restore the original colours and where possible to remove traces of paint applied from previous attempts to restore the fresco.

Small groups are allowed for visits and tickets must be reserved in advance (sometimes 3-5 weeks in advance).